Nitro Bug, the one-of-a-kind VW Nitro Funny Car made its debut appearance this season at the VolksWorld Show at Sandown Park, Surrey, and at the same time helped to raise awareness of young victims of crime in the region.

Together, Andy and Karl took the car out for its first appearance this season in support of their chosen charity Embrace Child Victims of Crime (CVOC).

Embrace CVoC is a national children’s charity, which operates in all parts of the UK, the Channel Islands and Isle of Man, and provides a range of therapeutic, practical and cheer-up support to help children and families across the UK recover from serious crime.

To help raise awareness and funds for Embrace, the one-of-a-kind vehicle was branded with the charity’s logo, taking prize place on the bonnet, and together with the support from the Raw Nitro Drag team £179.14 was raised over the weekend.

“Nitro Bug is a race car with a big heart,” said Andy, owner of AMR Motors and TSR Engine Conversions in Exning.

“Embrace CVoC is an amazing charity that makes a massive difference to thousands of children across the country. The work that they carry out is a true blessing. We will be at events with the car throughout the season where I will be doing my best to help spread awareness of  their work”

Nitro Bug will be making its first racing debut at Dragstalgia on Friday 12 at Santa Pod Race Way in Wellingborough.

Chief Executive Anne Campbell said: “The car is a real-head turner and a testament to the skills of Andy and Karl – it attracts attention for all the right reasons wherever it goes.

“We’re grateful to Andy and his team for their partnership – together we’ll travel further.”

To find out more information about Embrace CVOC visit www.embracecvoc.org.uk 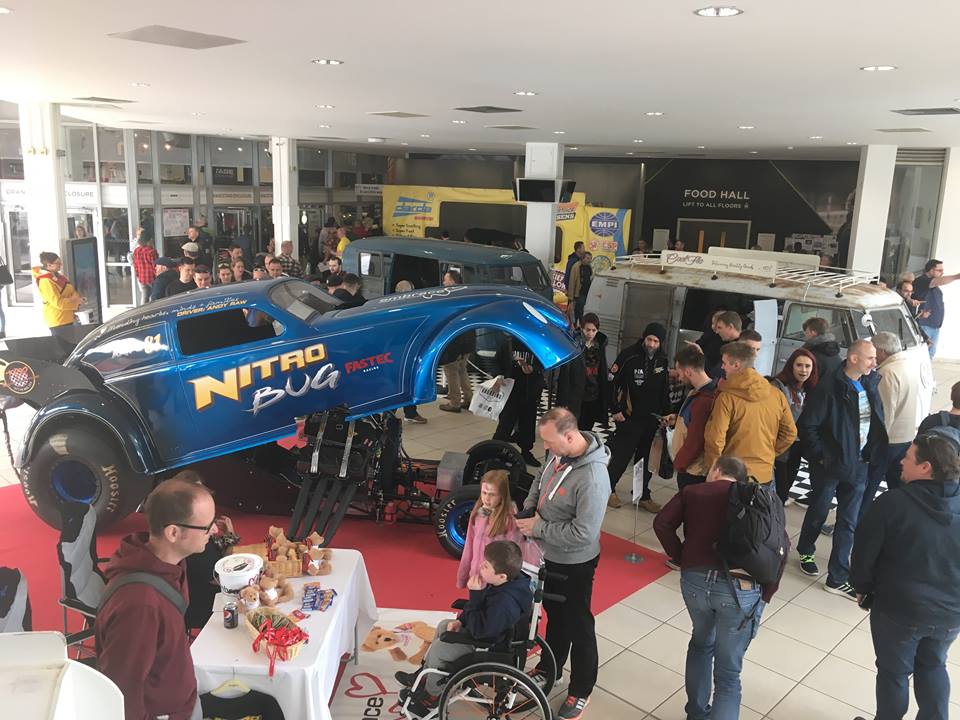 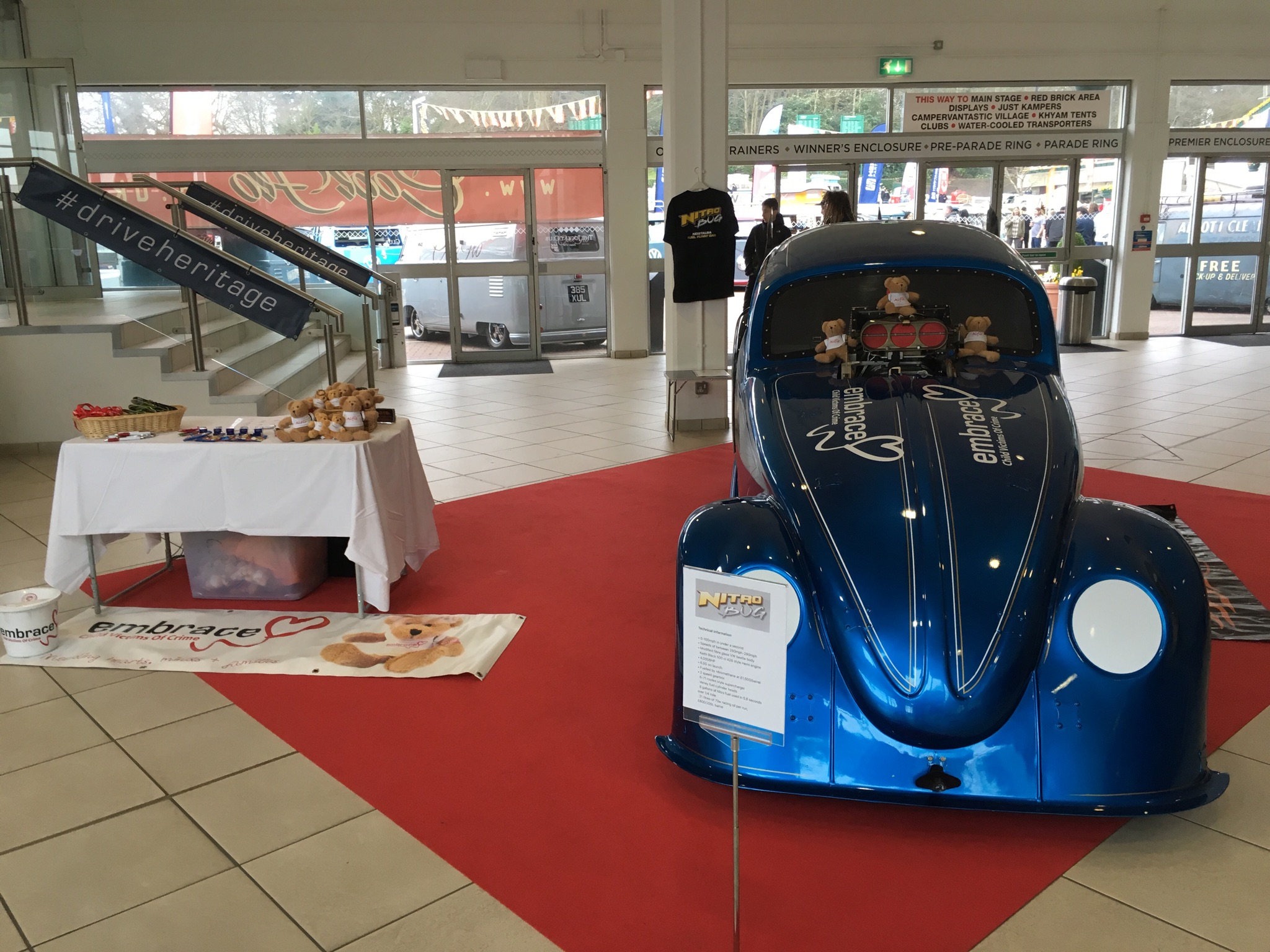 Team Embrace – mending hearts, minds and families with every step