A team of 45 Essex police officers, staff and volunteers scaled Wales’ highest mountain and raised over £27,000 for Embrace Child Victims of Crime.

The Mount Snowdon fundraising climb was organised by Essex Police fundraisers to pay for vital services to help children disadvantaged or traumatised by crime in the county.

The climb will support children who have suffered terrible trauma because of crimes such as sexual abuse, violence, exploitation, domestic abuse or those who are grieving the loss of a parent or sibling killed by crime.

Community beat officers and staff and officers from the domestic violence and child sexual exploitation teams, were joined by other police staff and volunteers for the climb last Saturday.

Detective Sergeant Vicky De’ath, one of the officers who organised the challenge, was introduced to Embrace’s work by colleague Mandy Moxon, a public protection investigating officer.

She said: “I’ve seen the real benefits that Embrace brings to children who have gone through the most horrendous things. It’s not just the child, it’s their siblings, their parents, the carers. The money raised by everyone on this challenge will help to change a child’s view of the world and, because there were 45 of us, we’re going to help change entire families’ views of the world and help them to come back together after a traumatic event.”

Essex Chief Constable, Ben-Julian Harrington, said: “Embrace CVOC is a brilliant cause. I ask my officers and staff to help people, keep them safe and catch bad people.We catch bad people and bring them to justice while safeguarding their victims but it’s after the court case that Embrace continues to help child victims of crime and their families.We know that violent events in childhood can have repercussions years later and so we need to support charities like Embrace because that’s also helping people and keeping them safe and, sometimes, that help Embrace provides is required for years.”

Chief Executive of Embrace Child Victims of Crime Anne Campbell said: “The climbers have achieved amazing things. It’s just fantastic seeing how the total keeps going up! We cannot thank them enough for what they have achieved, their efforts will be changing many young lives for the better. The group has already paid for the first therapeutic trip for families this summer and, because they have raised so much more than was needed for that, the money left over will be used to support more children and young people in Essex and their families.

“The families we help are suffering horrendous trauma and we work with them to give them back their future. Last year we helped the largest number of people in our 29-year history, but we know it’s just scratching the surface. Domestic violence and sexual violence are far more prevalent than most people realise.” 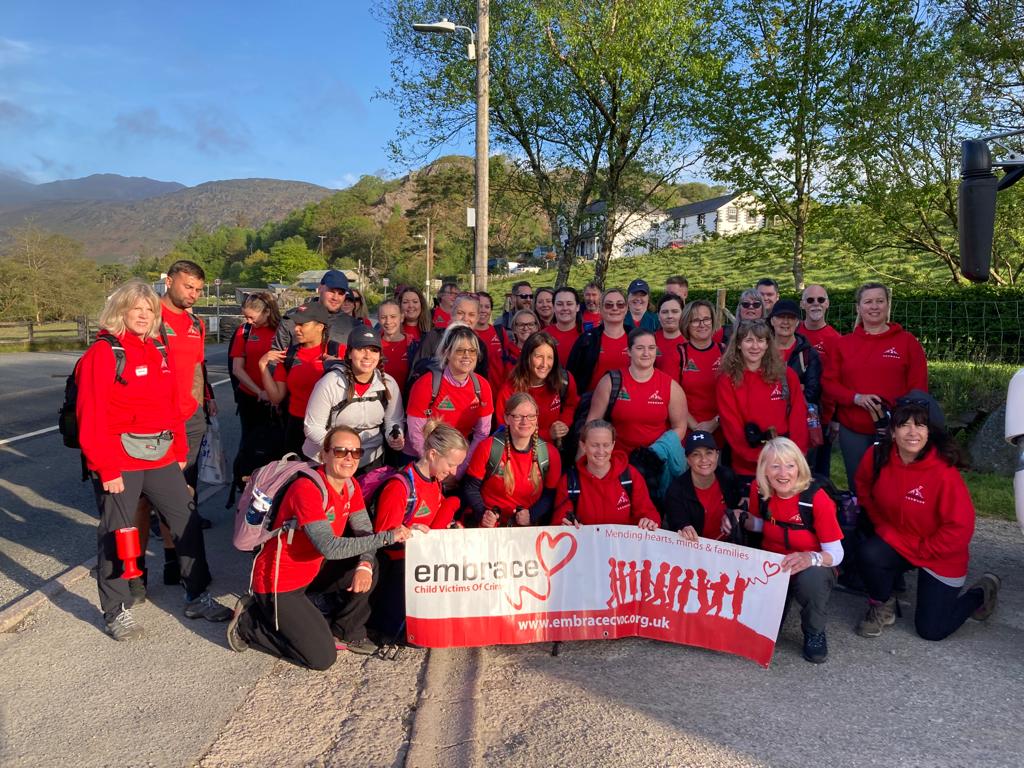 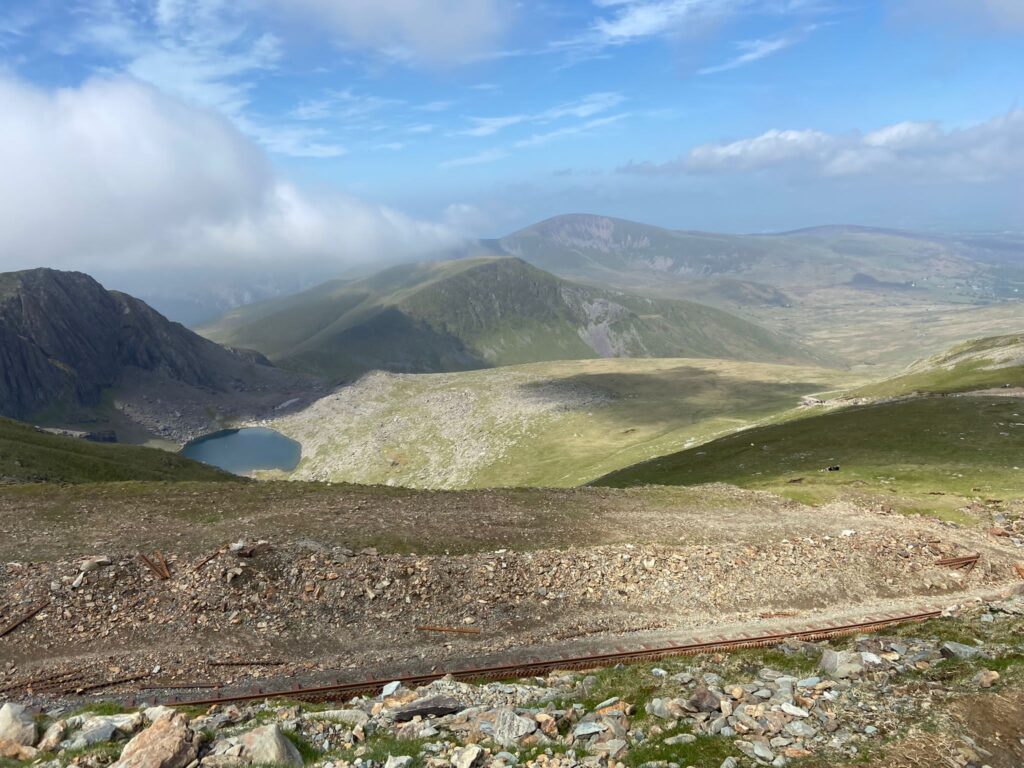 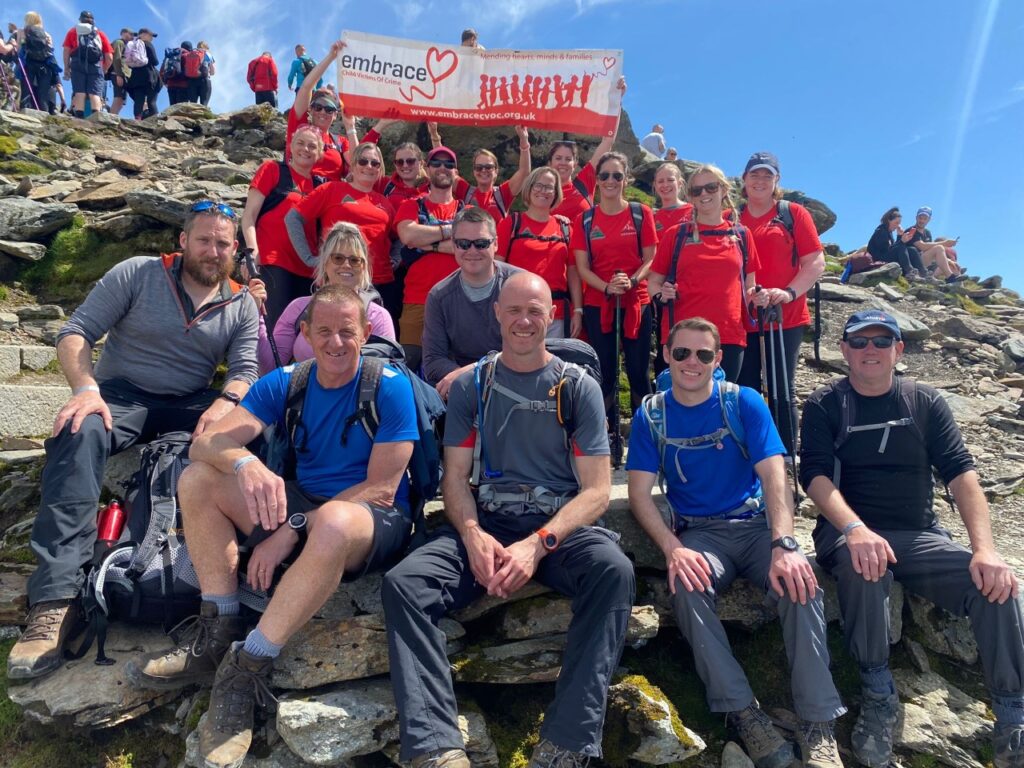 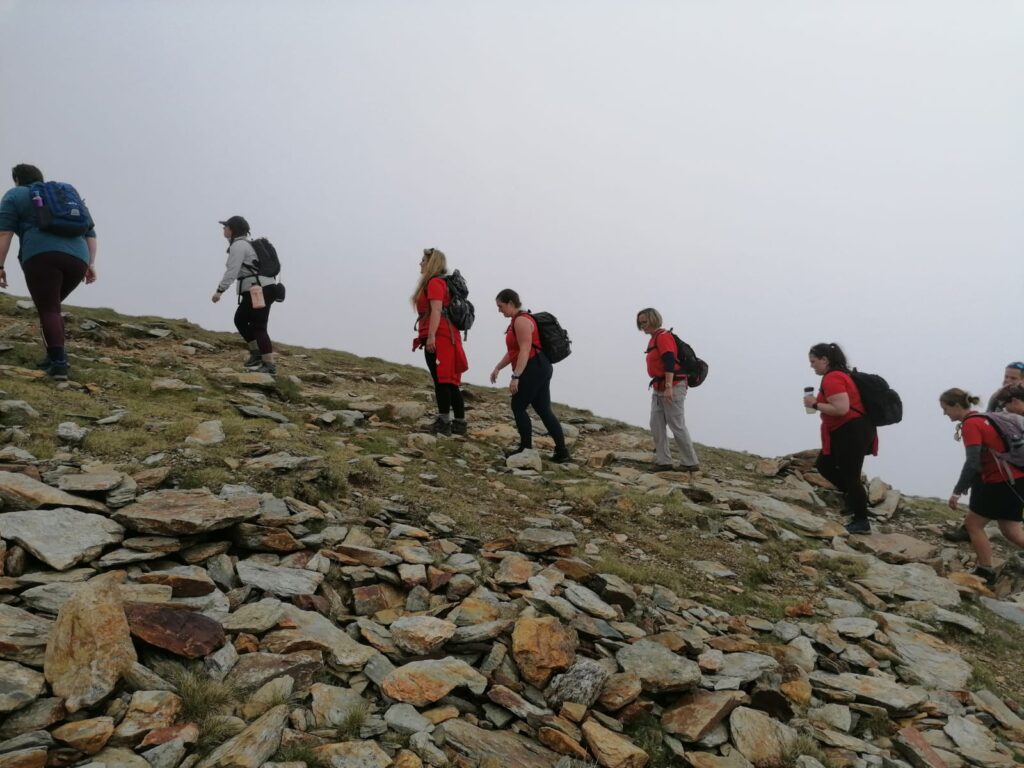 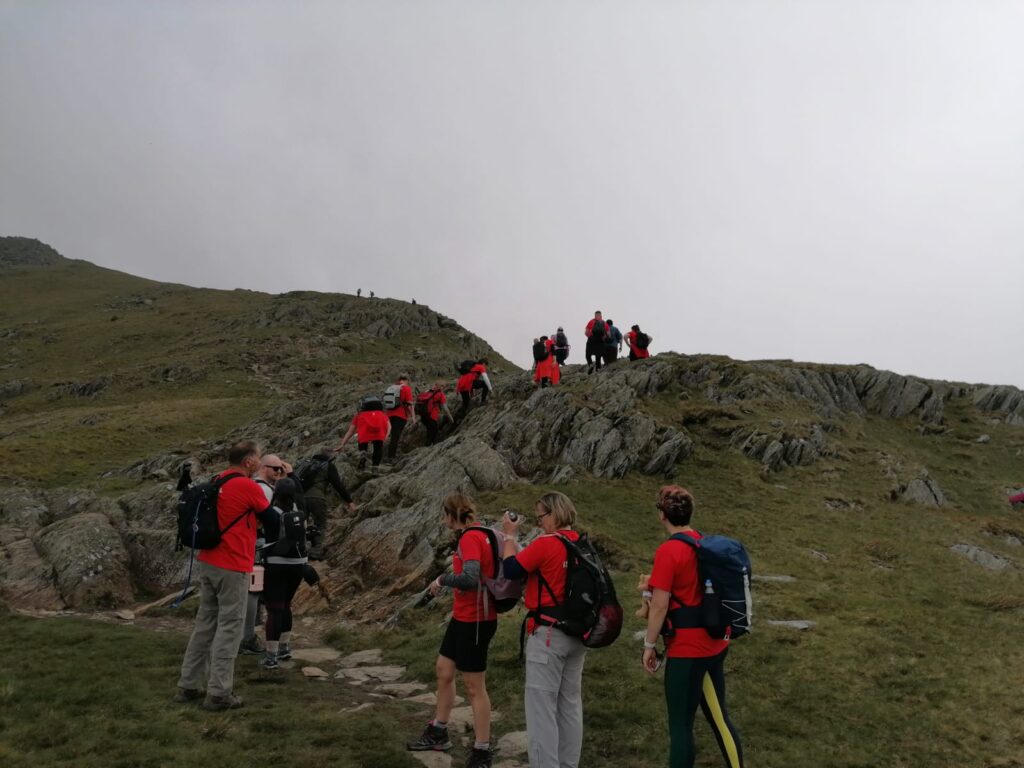 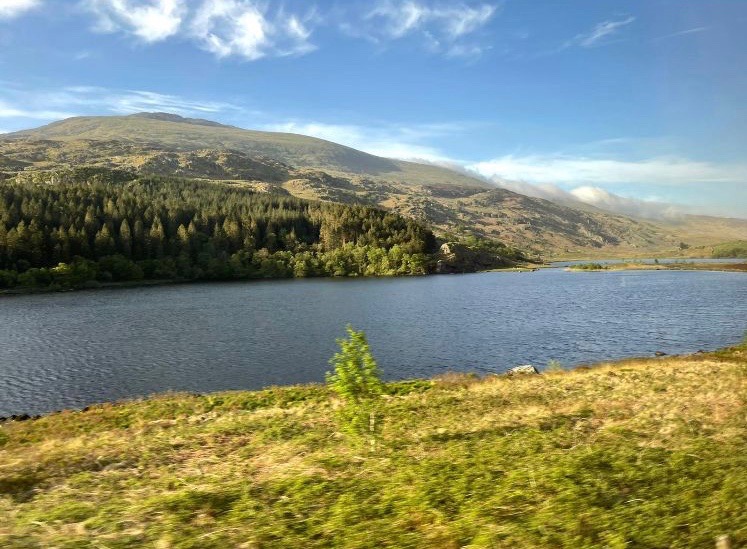 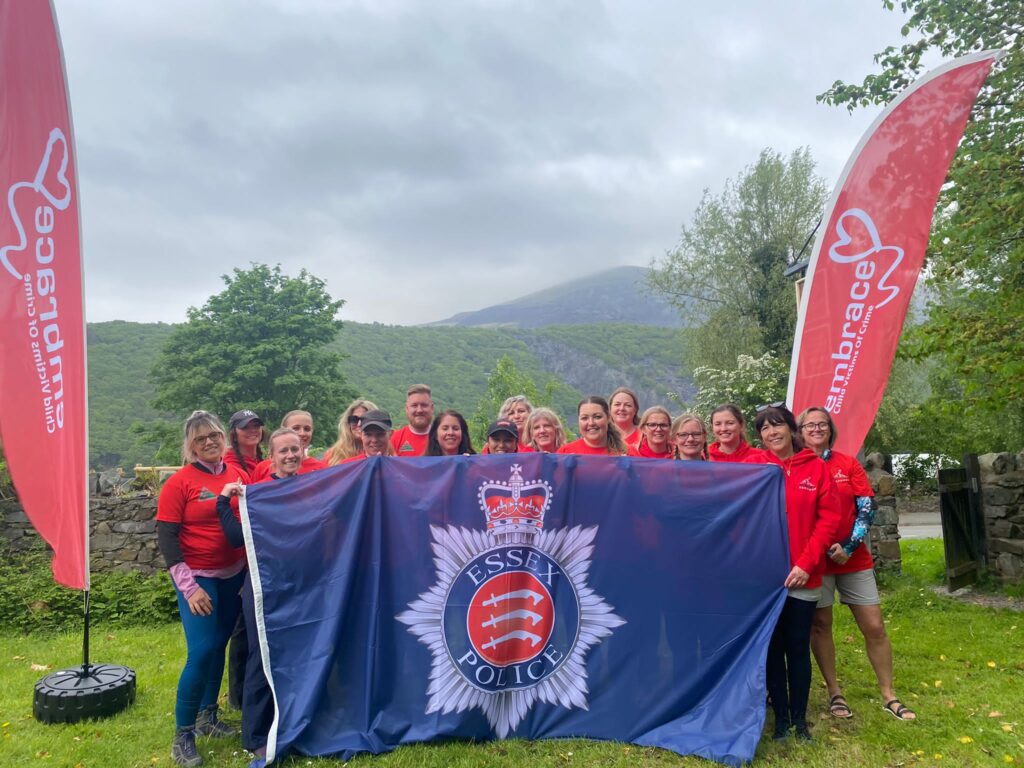 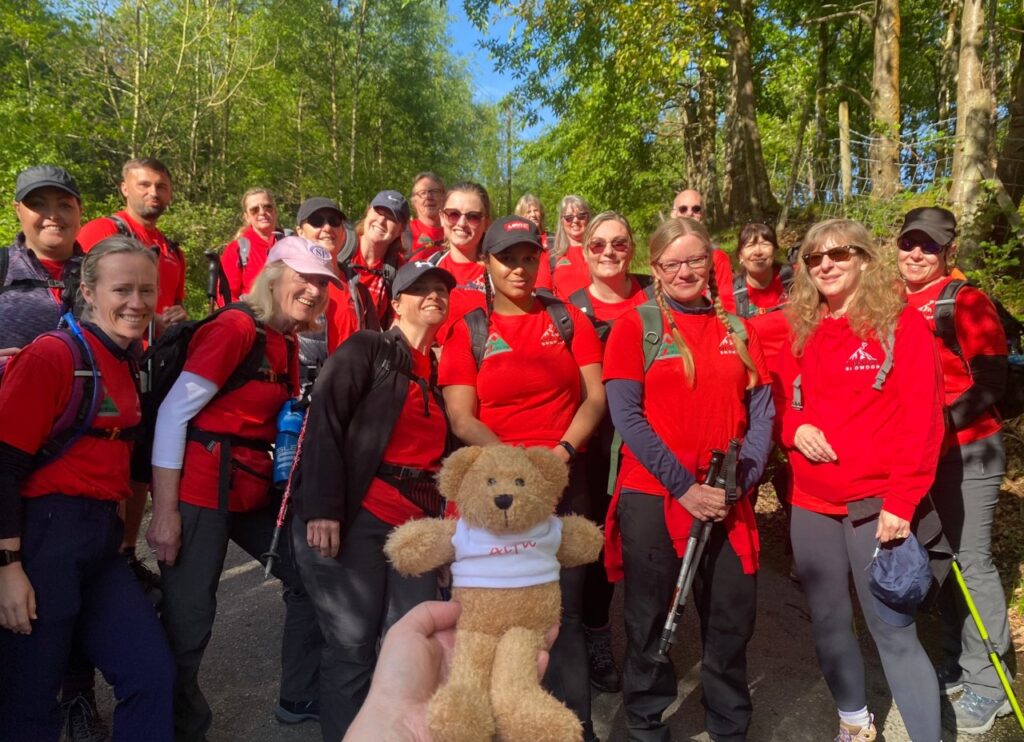