Rain, rain go away and come back another day!

Seasonal downpours didn’t stop ‘Team Embrace’ from completing the Royal Parks half-marathon and raising thousands of pounds to support child victims of crime across the UK.

The central London Half Marathon, this year held on Sunday October 14, takes in some of the capital’s world-famous landmarks and four of London’s eight Royal Parks – Hyde Park, The Green Park, St James’s Park and Kensington Gardens.

With the elements against them from the start, our team soon realised this wasn’t going to be an easy challenge.

Despite conditions, the electric atmosphere of over 16,000 participants and the roaring crowds around London helped spur the team on and they crossed the finish line with big smiles.

“It was an absolute privilege to run the Royal Parks Half Marathon on behalf of Embrace (CVOC), raising money with every step. Even the wet weather did not put a dampener on the event which was very well organised and followed an interesting route through, and around, the London Parks.

“I am always really proud to wear the charity’s vest, knowing that every penny that is raised goes towards providing young victims of crime some sort of respite, counselling or provides an experience which puts a smile on their faces.”

Together, the team has raised over £4,000 to help support children, young people and families overcome trauma after being victims or witnesses to serious crime.

“What a fantastic effort by the Embrace team who I know have all trained really hard to complete this race and secure the pledges for the charity.

“Every penny raised for Embrace makes a real difference and means we can help even more children and families, who have been scarred in some way by crime, survive trauma to lead happier lives.”

You can make a difference to the lives of children affected by serious crime – Join our team for the 2019 Royal Parks Half Marathon. 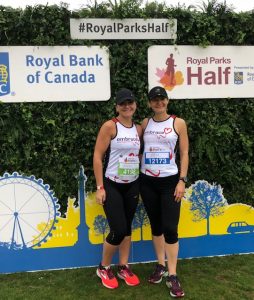 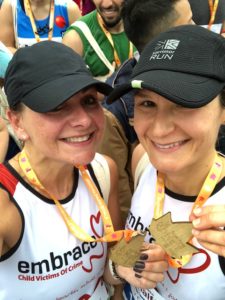 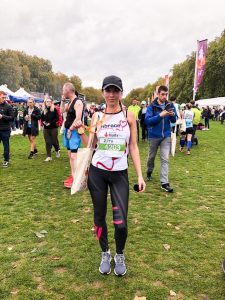 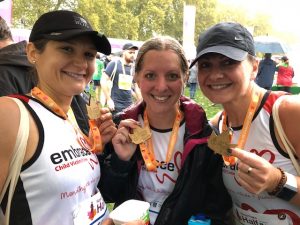 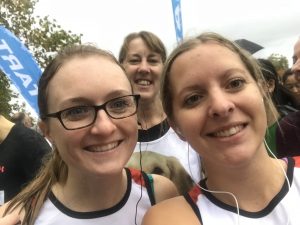