What’s black and blue, goes 260mph, is hand-built in Suffolk and has a ‘big heart’?

A brand new racing car has made its debut appearance at Santa Pod Race Way, and at the same time helping to raise awareness of young victims of crime in the region.

Andy, together with racing partner Karl Harrison, took it for its first official appearance as a static display last weekend in support of their chosen charity Embrace Child Victims of Crime (CVoC).

To help raise awareness and funds for Embrace, the one-of-a-kind vehicle known as ‘Nitro Bug’ was branded with the charity’s logo and had Alfie the Embrace Bear riding shot gun.

“Nitro Bug is a race car with a big heart,” said Andy, owner of AMR Motors and TSR Engine Conversions in Exning, Newmarket.

“I really hope that, through it, we can raise lots of money for this incredible charity. The work they carry out to help children affected by crime overcome trauma is a true blessing.

“We’re planning to be at events with the car throughout the summer where I will be doing my best to help spread awareness of Embrace.”

Embrace is a national charity, with offices in Cambridgeshire, that provides practical, cheer-up and counselling support – including newly-introduced equine therapy – to children across the UK who have been victims or otherwise affected by crime.

Much of their work helps young victims of violence and sexual abuse overcome trauma to go on and lead healthy and happier lives, through the provision of specialist emotional support.

The charity is also takes referrals for practical or cheer up support, where this will help victims and their families’ better cope and move on from their ordeal.

Chief Executive Anne Campbell said: “Andy has done lots to raise funds for Embrace and we’re very excited to see ‘Nitro Bug’ unveiled and to be working closely with Andy and his crew to help spread awareness of our work.

“We’re very grateful to Andy and his team for choosing to support our cause.”

Nitro Bug will make its next appearance at the Mopar Euro Nationals on Saturday July 27 at Santa Pod Race Way in Wellingborough.

To find out more information about Embrace CVoC visit the website at www.embracecvoc.org.uk 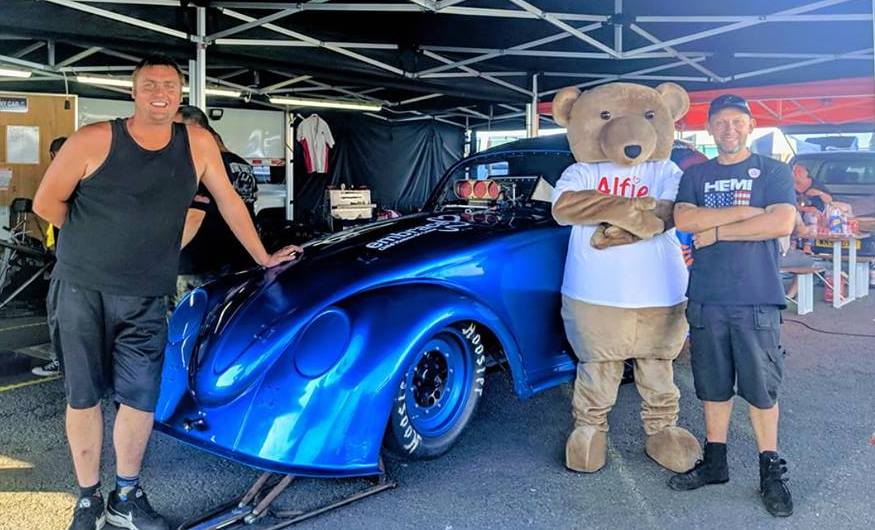 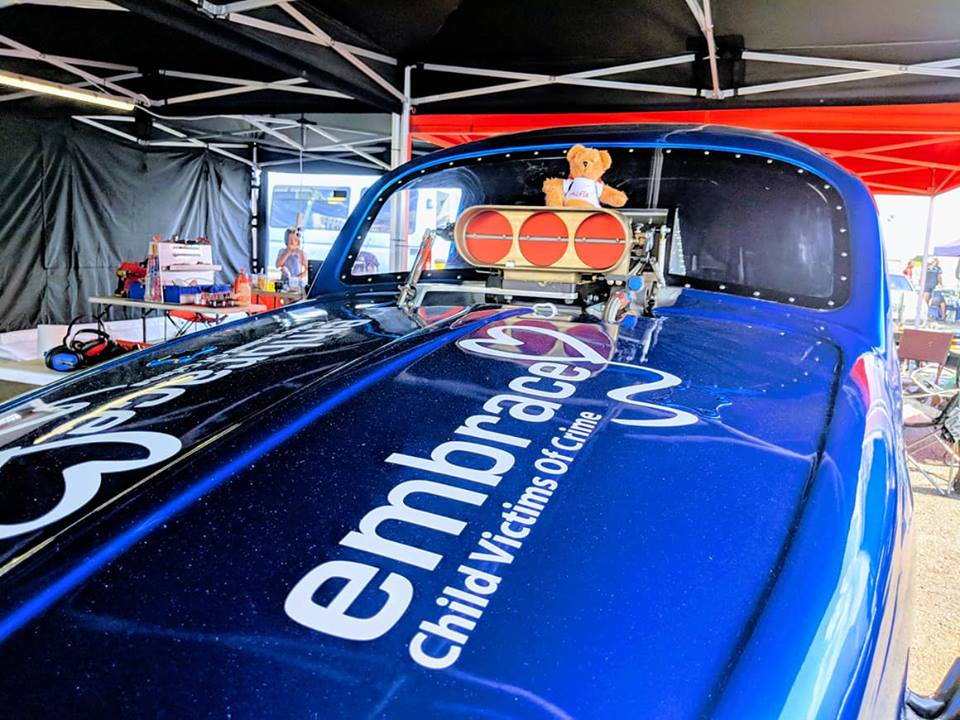 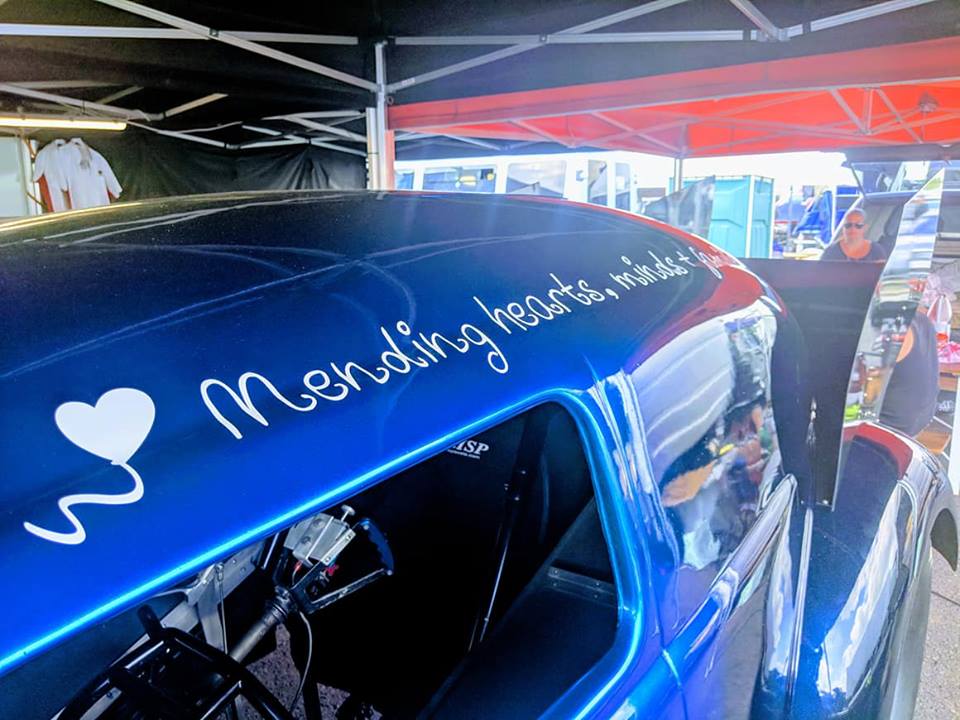 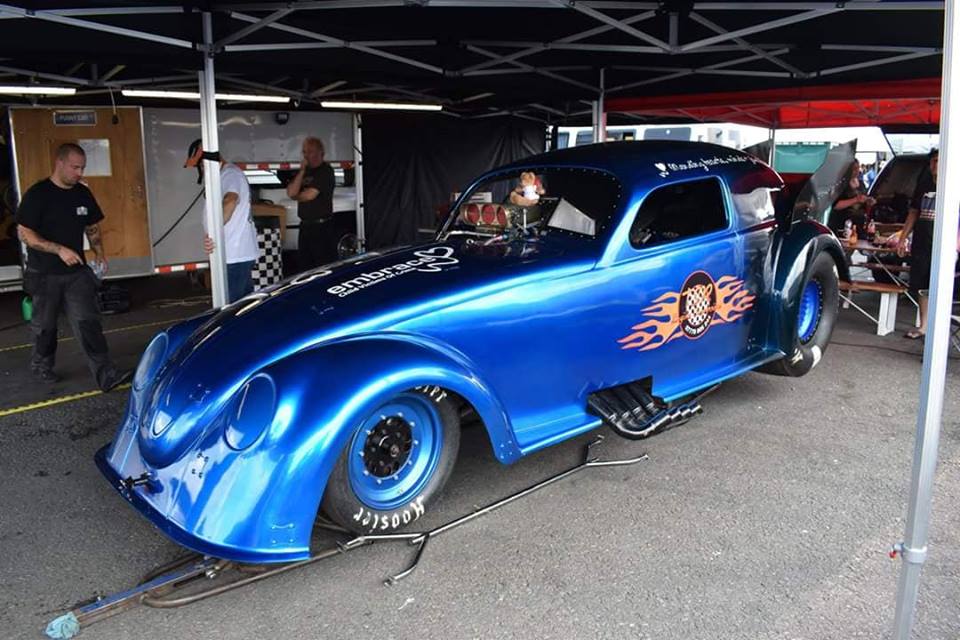 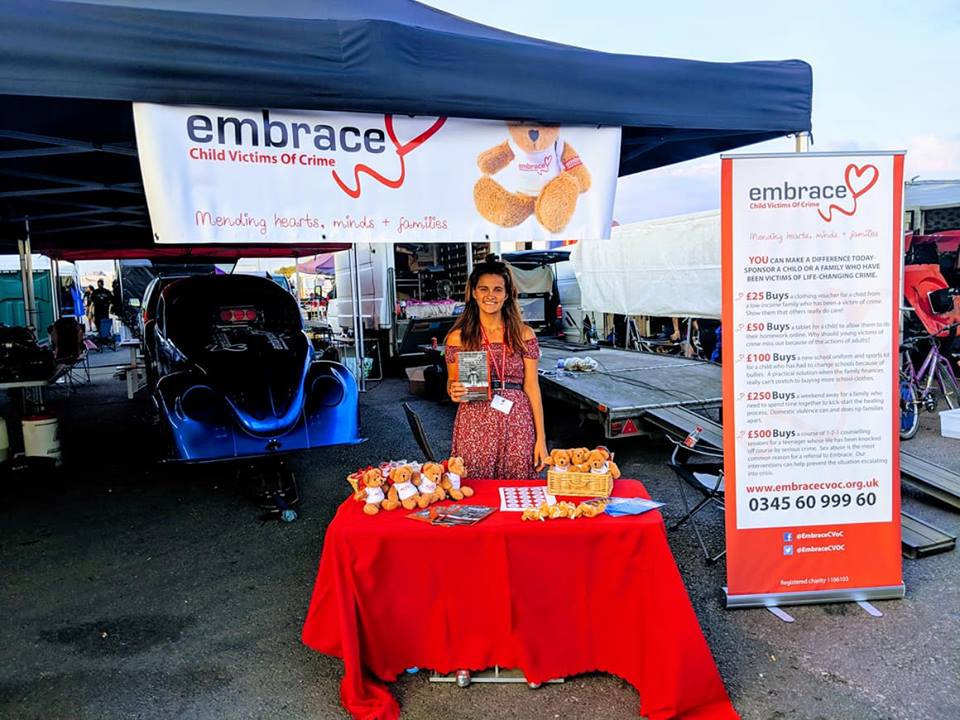