This years Ride London- 100 was a true test of mental and physical strength as our cyclists battled strong winds and heavy rain.

Our riders had an early start on Sunday, setting off in waves from Queen Elizabeth Olympic Park through London to Surrey’s stunning country roads and hills before returning to the capital to finish in spectacular style on The Mall in front of Buckingham Palace.

With over 25,000 amateur cyclists participating in the cycling challenge like no other the atmosphere was truly electric, cyclist Chris Johnson says,

“This was by far the hardest of the four times that I’ve done Ride London. The strong winds and heavy rain made it really hard going. My sunglasses were so filthy from road spray that I could barely see, which made some of the faster descents a bit hair raising! I managed to finish in 4 hours 58 mins, which was a bit slower than I’d hoped, but I don’t think I could have done any better, given the weather. I certainly couldn’t have given any more – I crossed the line exhausted, freezing and soaked to the bone, but also elated at having finished such a challenging ride for such a great cause.”

As we welcomed our admirable Team Charity 100 riders back from their epic trip across the capital, to the Surrey Hills and back, the atmosphere in Green Park was incredible.

“All our riders have done a terrific  job and were so proud of them and what they have achieved for themselves and for young victims of crime.’

As a collective Team Embrace have raised thousands to help support children, young people and families who are victims of serious crime.

The funds raised will help us to provide the support needed to help them better cope with what has happened, support their recovery and enable them to put events behind them, move on and fulfil their life’s potential.

Thank you to our incredible team for your tremendous efforts helping to make a difference to young lives affected by crime. 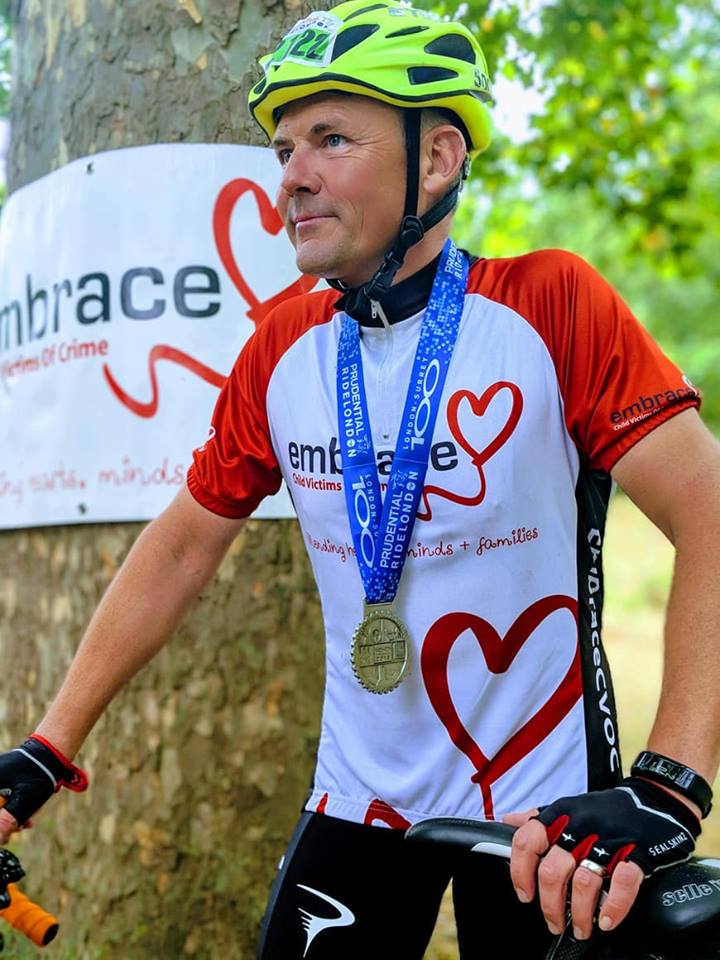 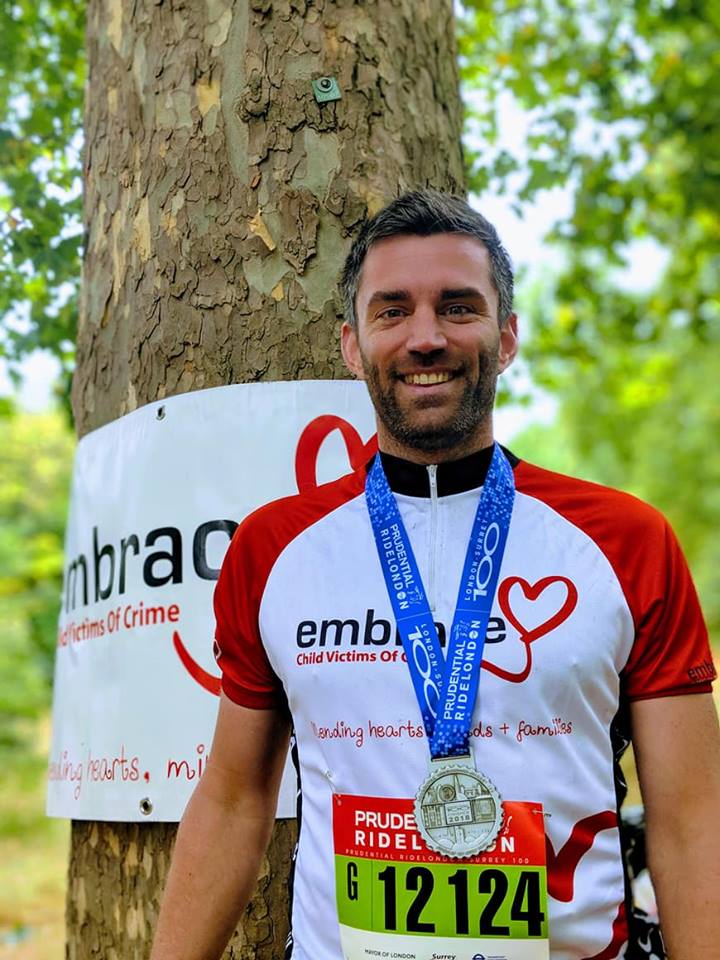 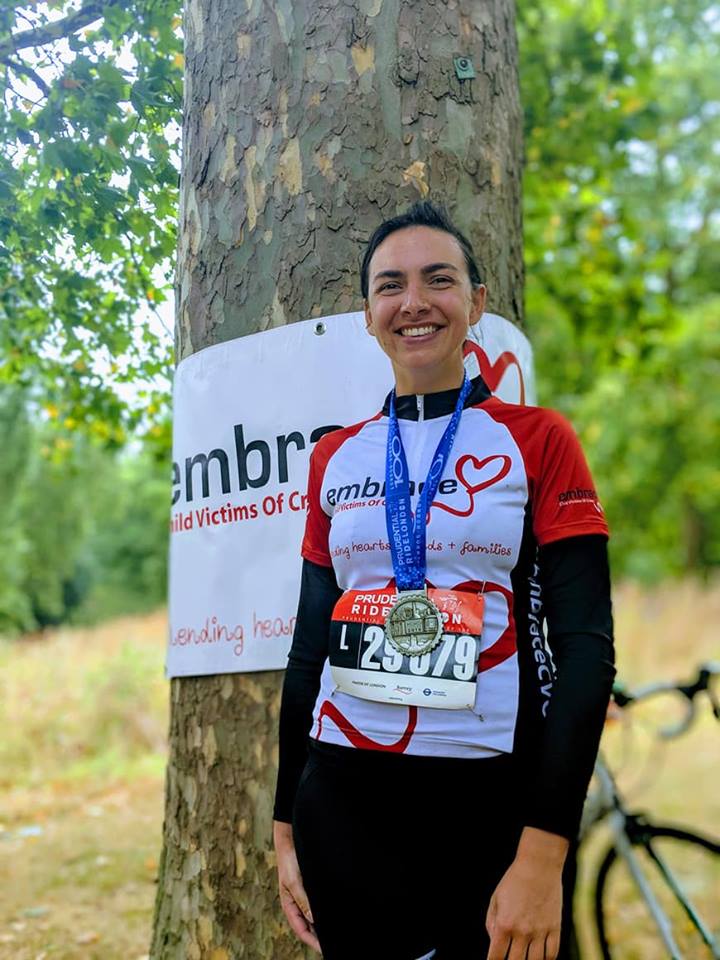 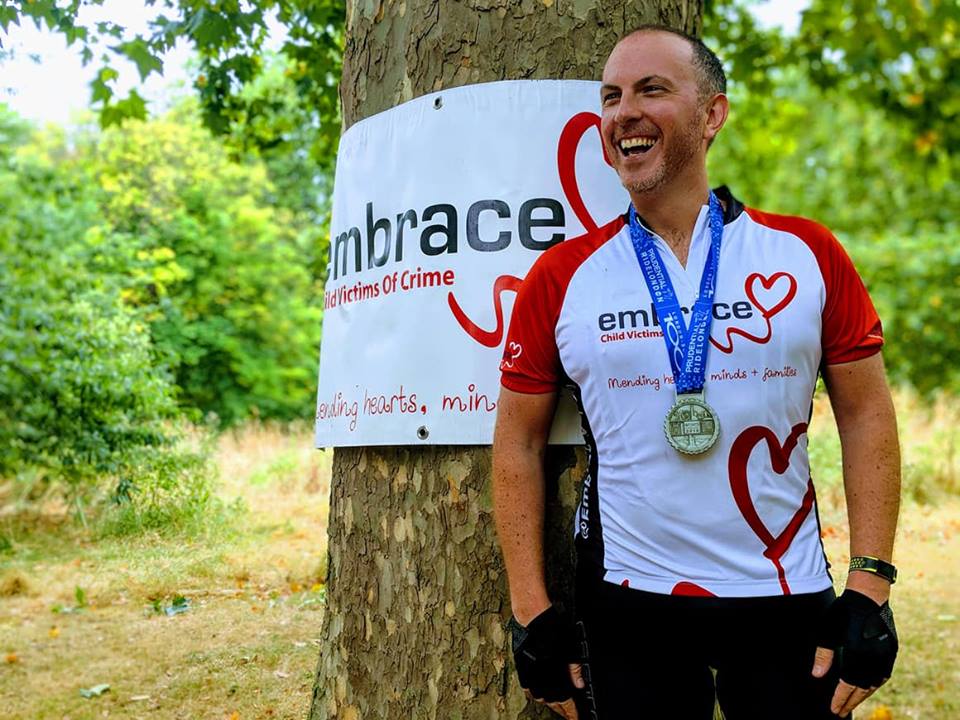 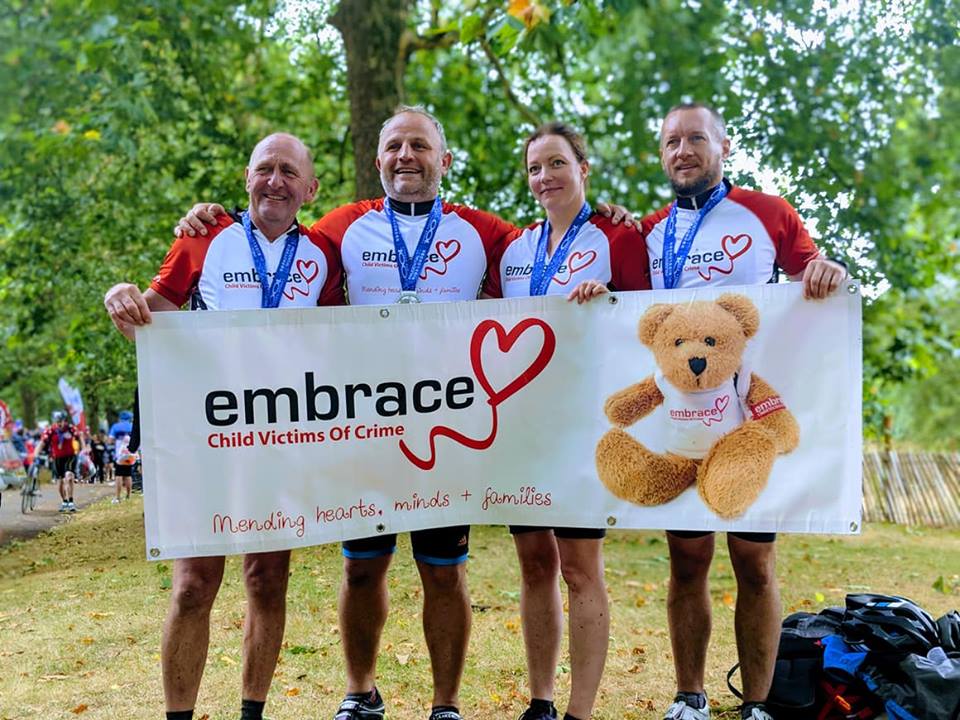 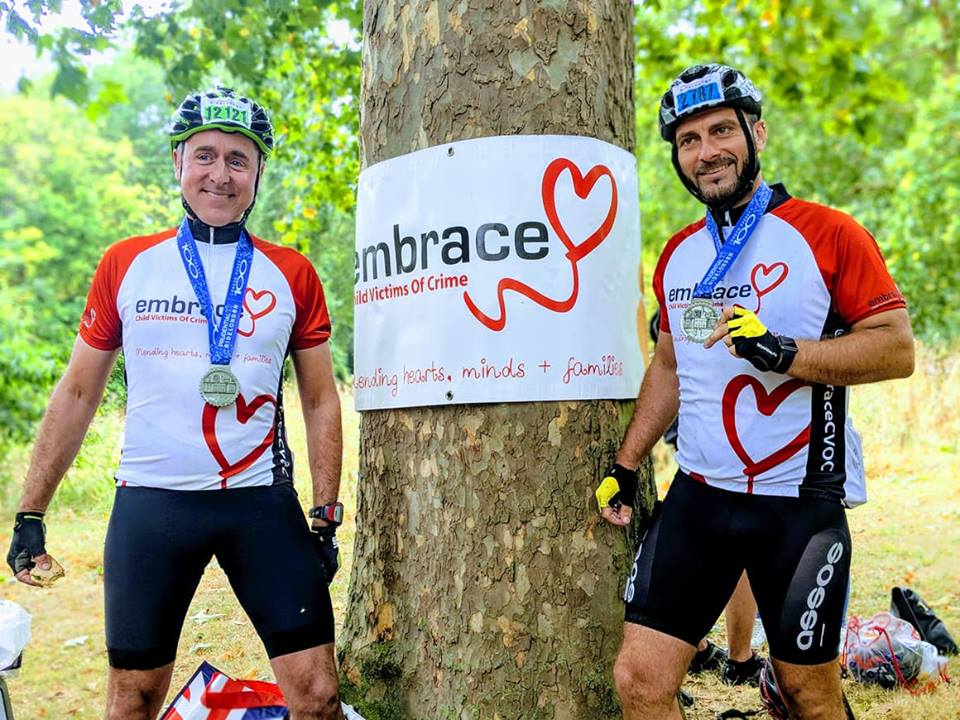 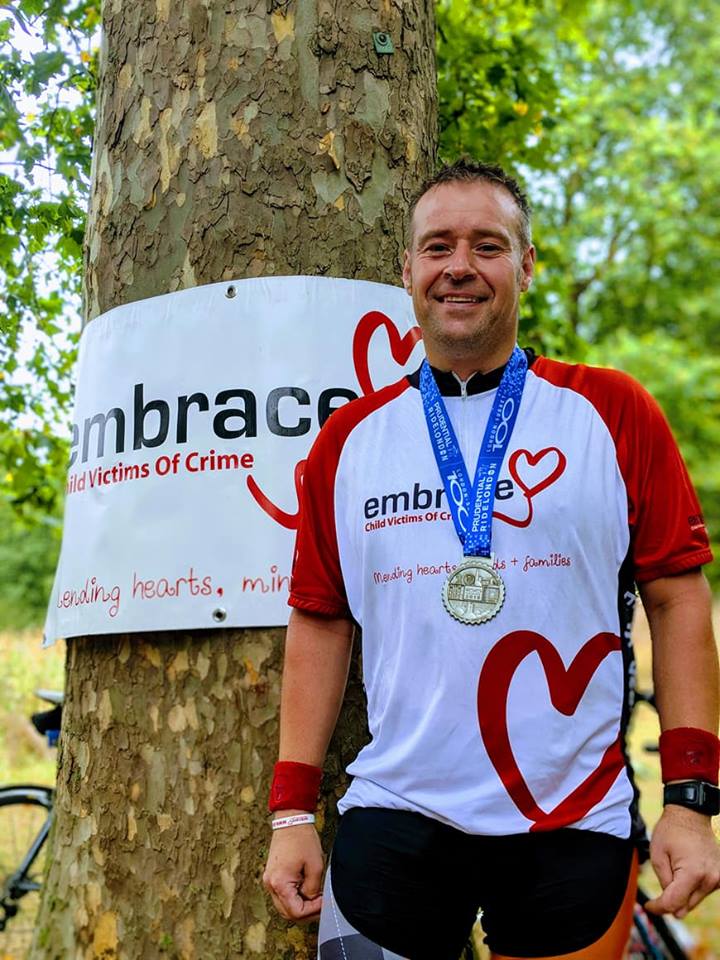 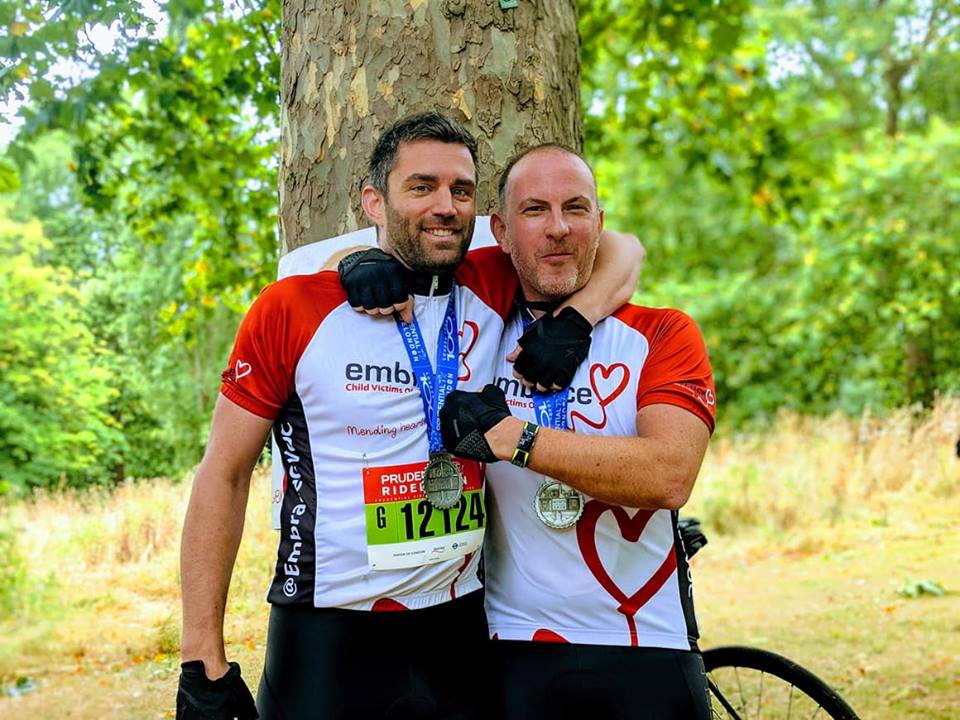 Gentle giants help children in Bedfordshire to cope and recover