Everyone at Embrace Child Victims of Crime has been saddened to learn of the death of their popular vice-chairman, Alf Hitchcock.

Alf (58), who had been vice-chair since March 2012, had been a stalwart supporter of child victims of crime. He was involved in raising many thousands of pounds both personally and through his leadership of Bedfordshire Police where he encouraged a small but dedicated band of fundraisers.

Bedfordshire Police remain the charity’s number one force for fundraising.

Who could forget ‘twinkle toes Alf’ and his wife Helen who famously took part in the force’s ‘Strictly’ dance competition? The photographs said it all!

Such was Alf’s dedication to the charity that he continued to personally fundraise for Embrace after he had moved on to become Chief Constable of the Ministry of Defence Police and last year ran with one of his two daughters in a London to Paris event.

He also encouraged his team at the MOD Police to fundraise for Embrace with his deputy Andy Adams and his son wearing the Embrace shirts to take part in cycling’s RideLondon 2016.

More recently, Alf had been making plans to re-engage the police service as a major stakeholder for Embrace in anticipation of becoming the charity’s next chairman.

Chief executive, Anne Campbell, said : “Alf was looking forward to putting his stamp on the charity and we had been in discussion about the next chapter for Embrace.”

“Excited by prospects for the future, he was keen to build on the foundations already in place, it is very sad that Alf will not now oversee those plans – the best tribute we can pay him is to continue to work to grow and strengthen services for young victims of crime.”

“That is what he would have wanted, I am sure,” said Anne.

In addition to a distinguished Police career, with Lancashire, the Met, NPIA, Bedfordshire and the MOD Police, Alf has been a supporter of the charity for many years, a trustee for several years and Vice Chair for the past five years.

His contribution has been invaluable, providing wise counsel to the executive and trustees as well his fundraising support, taking part in several adventures himself to raise funds. Personally I will remember Alf for the smile he brought with him to every meeting.

I have seen a number of statements which I think sum up the man Alf was, professional, dedicated and always had a smile on his face. RIP

Join Embrace 100 and trek the Great Wall of China 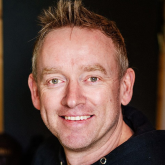